Religious and spiritual people often have difficulty deciphering between their personal desires and what God’s will is for them.  They feel frozen with fear about making the wrong choice.  This is particularly distressing with life-altering decisions:  Which career to pursue, whom to marry, what neighborhood to live in, or whether or not to have more children (just to name a few).

With any uncertainty, it’s important to pay attention to both:  What you desire and what you feel aligns best with your spiritual compass.  Even though you feel conflicted, remember that your will and God’s aren’t necessarily opposed.  The intent of both wills should be the same:  Joy, Meaning, Fulfillment, and Happiness.  Hopefully you are on the same team in that regard!  Here are a few ideas to help with the process.

PAY ATTENTION TO YOUR INTERNAL CUES.  People have a hard time telling the difference between a red flag and good-old-fashioned-worrying.  This may sound a little “woo woo,” but your body has internal wisdom; particularly your head, your heart, and your gut.  Garret Kramer, author of The Path of No Resistance, said it simply:  “Your feelings are an intuitive guide.”  Observe what your mind is telling you, what you are experiencing in your heart of hearts, and what your gut instinct is.

If they are all telling you the same thing, it would probably make sense to follow them.  If your heart is telling you one thing, but your head is describing another, don’t rush into anything!   “He’s really a great guy, but he doesn’t really treat me well sometimes.”  Hold off!  That isn’t a green-light to marriage!  Honor what you are feeling.  If you discredit your thoughts, feelings, or instincts, you are opening yourself up to regret in the future.  That being said, sometimes people know their decision is entirely congruent, but they let the presence of fear and uneasiness keep them from moving forward.  Look for a sense of peace and calm.

TALK TO SOMEONE YOU TRUST.  If you are having difficulty trusting yourself and interpreting what your body is telling you, collaborate with someone you trust.  That may be a religious figure, a family member, a counselor, a close friend, or going to your divine source directly.  Confide in someone who will be authentic and allow you to explore the different aspects of the situation, not someone who is going to make the decision for you.

Even though you’re discussing options with someone else, you are still the one who knows what’s best for you.  They will give you the most valuable feedback possible.  However, it’s your road to walk.  These are your decisions.  Trust yourself and your guiding principles.

STAY IN THE PRESENT MOMENT.   This is difficult, especially when the present moment is distressing!  If we aren’t sure what’s “right,” we tend to procrastinate, or make a brash decision to eliminate the awkwardness.  Just Breathe!  Take Your Time.  There’s wisdom in deliberation.  You are in control.  You are capable of making an empowered decision.  Garret Kramer also gave apt advice in this area:  “When a person’s intellect quiets, answers automatically rise to the surface.”  Find a process, whether it be prayer or some other spiritual ritual, that allows your mind to be quiet, contemplative, and receptive.

There are an infinite number of hypothetical situations that could occur.  These preoccupations all happen in the future; not the present moment!  Famous poet, Sylvia Plath, described the paralyzing experience of having too many future options (and her fear of making the wrong choice):

I saw my life branching out before me like the green fig tree… From the tip of every branch, like a fat purple fig, a wonderful future beckoned and winked. One fig was a husband and a happy home and children, and another fig was a famous poet, and another fig was a brilliant professor, … and beyond and above these figs were many more figs I couldn’t quite make out. I saw myself sitting in the crotch of this fig tree, starving to death, just because I couldn’t make up my mind which of the figs I would choose. I wanted each and every one of them, but choosing one meant losing all the rest, and, as I sat there, unable to decide, the figs began to wrinkle and go black, and, one by one, they plopped to the ground at my feet.

Enjoy eating the fruits of the present moment, rather than starve to death from the dried-up-coulda-shoulda-wouldas.  If the fruit tastes or looks putrid, don’t eat it!  But eventually you have to eat something.

YOUR PATH IS YOUR PATH (and nobody else’s).

One of my favorite poems that illustrates the stretching experience of decision-making, is The Zode in the Road by Dr. Seuss:

Did I ever tell you about the young Zode,
Who came to two signs at the fork in the road?
One said to Place One, and the other, Place Two.
So the Zode had to make up his mind what to do.
Well… the Zode scratched his head, and his chin and his pants
And he said to himself, “I’ll be taking a chance
If I go to Place One. Now, that place may be hot!
And so, how do I know if I’ll like it or not?
On the other hand though, I’ll be sort of a fool
If I go to Place Two and find it too cool.
In that case I may catch a chill and turn blue!
So, maybe Place One is the best, not Place Two,
Then he stopped, and he said, “On the other hand though…
On the other hand… other hand… other hand though…”
And for 36 hours and a half that poor Zode
made starts and made stops at the fork in the road.
Saying, “Don’t take a chance. No! You may not be right,”
Then he got an idea that was wonderfully bright!
“Play safe!” cried the Zode. “I’ll play safe. I’m no dunce!
I’ll simply start out for both places at once!”
And that’s how the Zode who would not take a chance
Got no place at all with a split in his pants.

Indecision is often a result of too much thinking!  Either be content at the juncture, or get moving in your chosen direction.  Trust that you will be led along the way.

If you are scared, know that you are not alone.  Joseph Campbell, renowned mythology professor, explained that your path is where the forest is absolutely the

darkest.  That is the path that will lead you to your treasure.  If you are afraid, like Lucy from The Voyage of the Dawn Treader, hear the voice, that surely is Aslan’s:  “Courage, Dear Heart.”

The greatest fears come from the unknown.  The person you married may not have been entirely truthful in your courtship.  There may be something terrible about the neighborhood you didn’t realize when you were initially looking.  There may be parts of your career you didn’t grasp when you were preparing for it.  Even though these aren’t ideal, it doesn’t mean you’re trapped!

If it turns out that your spouse is abusive and you don’t want to be in that type of relationship: separate, or get a divorce.  If your house turned out to be a previous meth lab, re-sell it and find another one.  If you hate your career, pursue something else.  These are (very unlikely) set-backs, but change is an option, even when you made a prior decision.

Track down an accountant to get a brief lecture on sunk costs.  Don’t allow previous unknowns keep you bound to a terrible situation.  You are not doomed to a particular fate if you made your absolute best decision at the time, but there were things you just didn’t (and couldn’t) possibly have known.

CONCLUSION:  For religious and spiritual people, deciphering between your own wants and God’s will is a common source of consternation.  I hope these five tips can be useful if you are feeling stuck in this predicament.  In addition, I recommend participating in your own personal spiritual practices that lead you to personal clarity.

Let me wrap up with a (slightly modified by me) quote from Dr. Seuss.

You have brains in your head.

You have feet in your shoes. 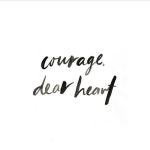 You can steer yourself in any direction you choose.

You’re not on your own.

You are the one who’ll decide where to go.

If you identified with this article, I would love to hear any other advice or experiences you’ve had (or would be willing to share in the comments box) regarding strategies you have personally implemented.  Thank you for sharing. 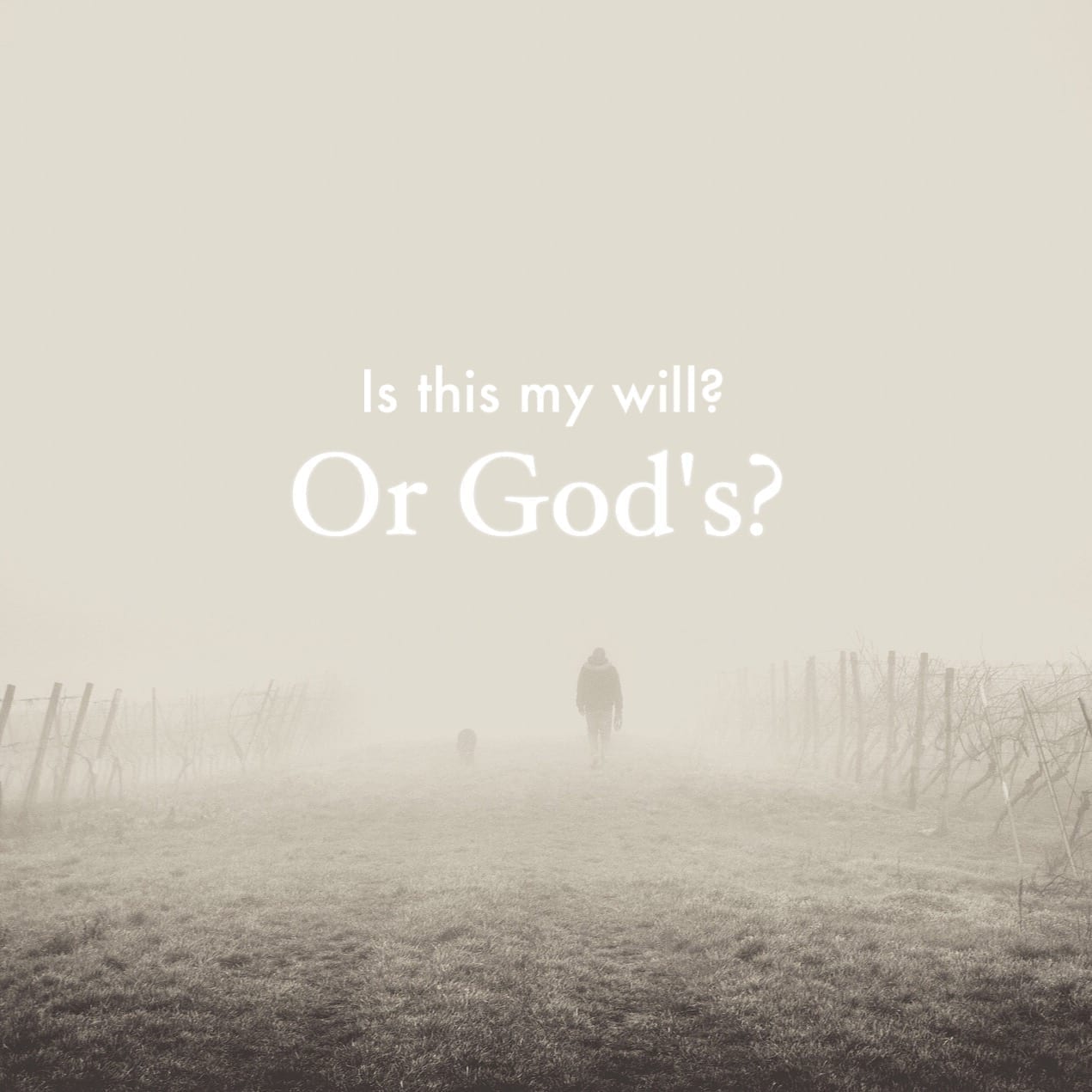